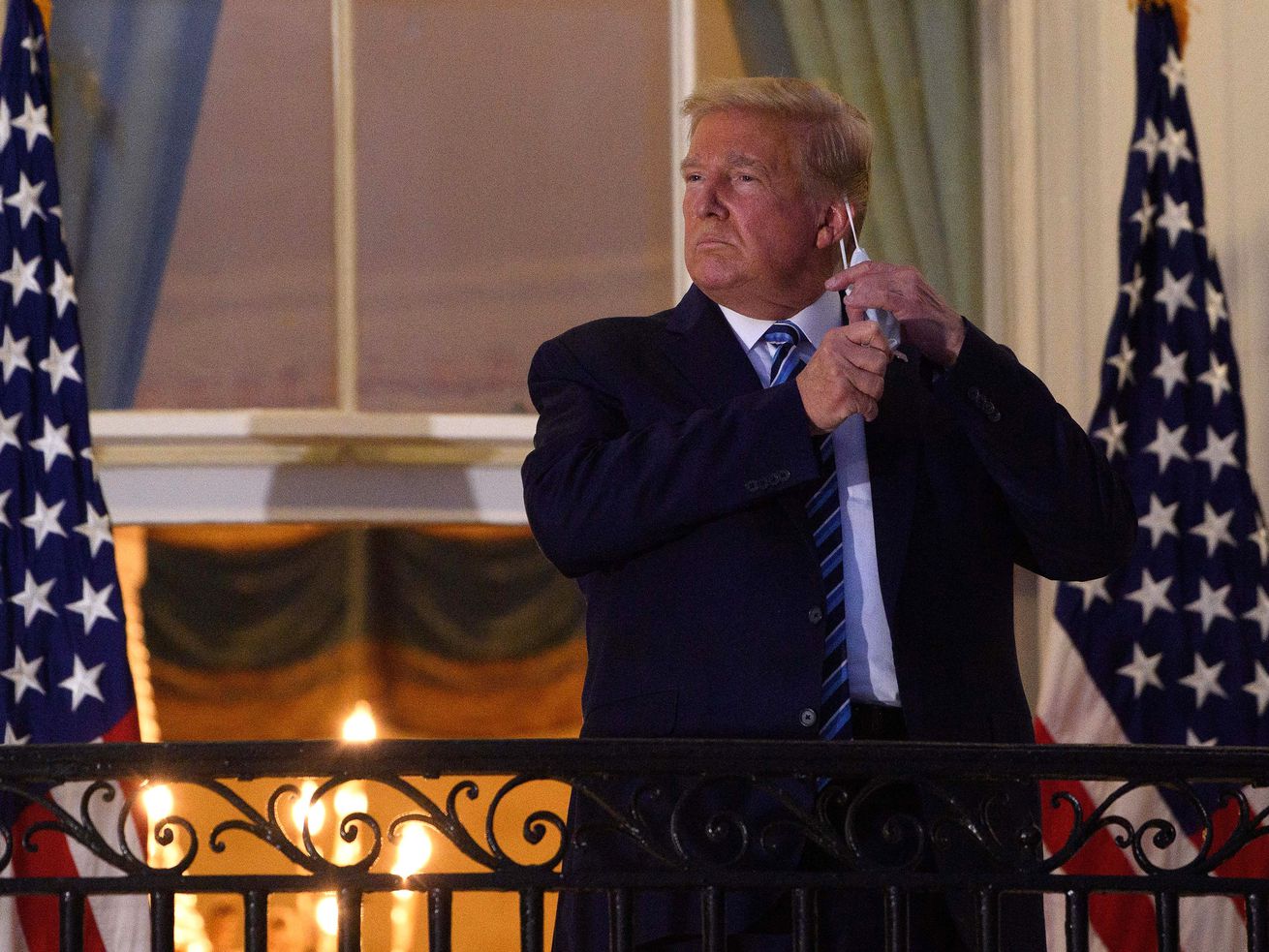 President Donald Trump takes off his face mask as he arrives at the White House upon his return from Walter Reed medical center on October 5. | Nicholas Kamm/AFP via Getty Images

On Tuesday morning, President Trump — fresh out of the hospital after contracting Covid-19 — posted to his Facebook account, falsely stating that the flu can be more deadly than Covid-19. After several hours, Facebook took down the post for violating its health misinformation policies against Covid-19, as CNN first reported. Twitter left an identical post by Trump up on its platform but added a warning label on the tweet for spreading misleading information.

Shortly after Facebook and Twitter moderated his posts, Trump posted “REPEAL SECTION 230!!!” on Facebook and Twitter. That’s a reference to an increasingly controversial piece of legislation, Section 230, which largely protects social media platforms from being sued for what people post on their platforms. Trump has repeatedly threatened to repeal Section 230 because he and some other Republicans claim, without any proof, that these firms have an “anti-conservative bias.” If Section 230’s protections for web platforms are rolled back, it would severely restrict social media companies’ ability to operate as usual.

In August, Facebook and Twitter deleted a post by Trump depicting a Fox News interview in which he falsely stated that children are “almost immune” to the coronavirus. That isn’t true; children are not immune to the virus.

But it’s notable that Facebook, which has been frequently criticized for not taking action against Trump’s misleading posts about mail-in voting, or for his posts that seem to encourage violence at Black Lives Matter protests is — at least in this instance — holding firm on enforcing its Covid-19 misinformation policies.

Facebook CEO Mark Zuckerberg has positioned Covid-19 as an area where his company will take stronger action against misinformation than it does on posts related to politics or other thornier topics. Part of the company’s thinking is that health information is more clear-cut than other politically contested areas. But as today’s episode is showing, everything — even basic facts about Covid-19 after six months of a global pandemic — is politically contested by President Trump.

Should product design be ethical?

Trump moves to shut down WeChat in the US. But TikTok will live until...

2021: The year of the great enterprise disconnect

It won’t be rolled out for COVID-19, but technology developed for UQ vaccine might...