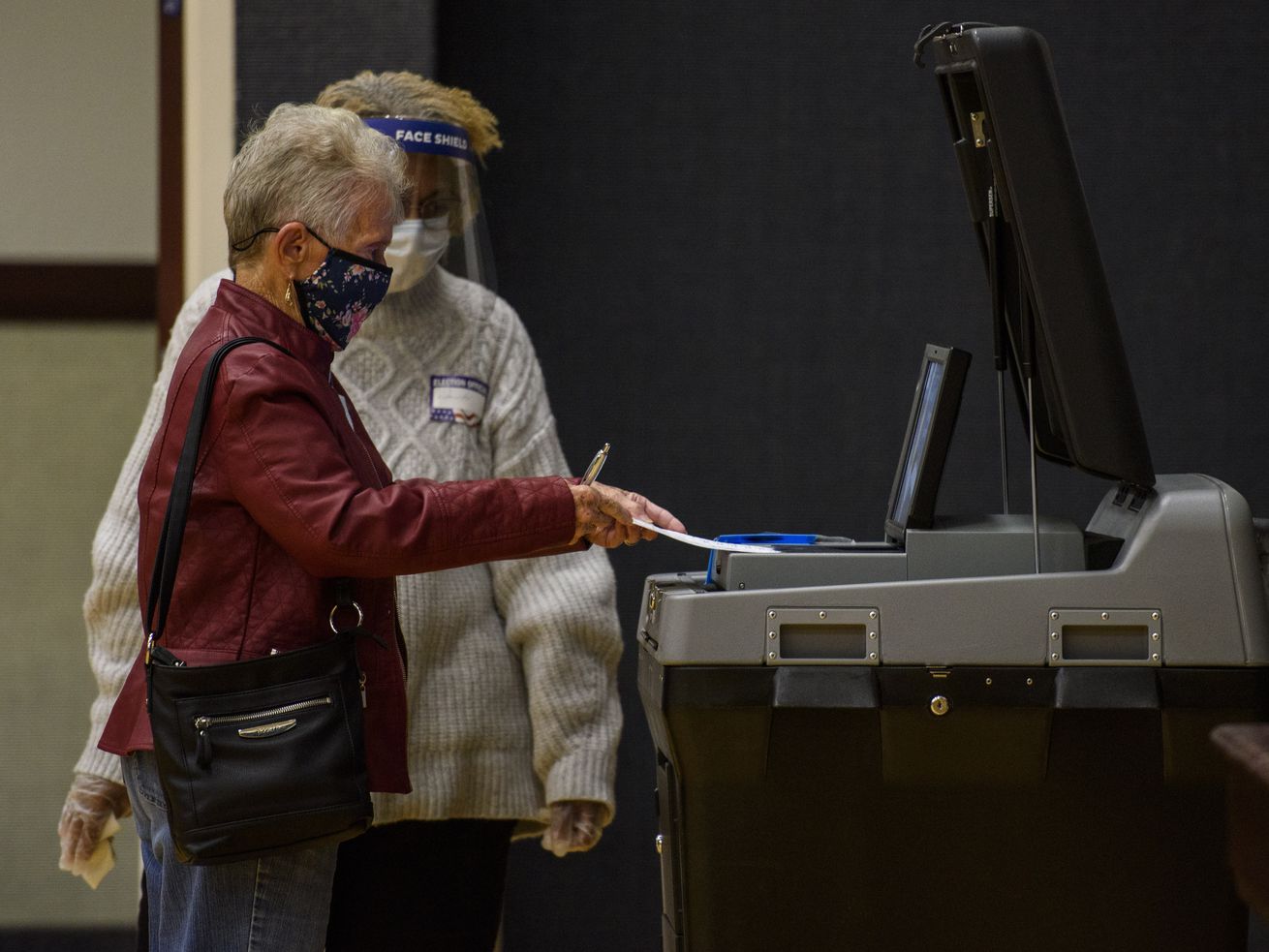 Cyberattacks are rare, but human error is common.

As millions of Americans cast their votes on Election Day, there are scattered reports across the country that voting machines aren’t working, causing delays and long lines at some polling sites. While this isn’t desirable, it’s also perfectly normal. Don’t panic just yet.

During an election cycle awash with accusations of election interference from both sides, not to mention the threat of cyberattacks from foreign governments, it’s understandable that people would assume the worst when anything goes wrong. But those assumptions are likely misplaced. Every election, voting machines break or have technical issues for perfectly innocent reasons, and 2020 has been no different.

In an election that most predict will come down to who wins battleground states, issues with voting machines in those states are the most concerning. Voters in Spalding County, Georgia, were forced to cast provisional ballots due to a “technical issue,” apparently caused by human error, which was resolved within hours. Several polling sites in Nevada’s Clark County had to delay opening due to “technical problems” with voter check-in kiosks, although the voting machines themselves worked just fine. Three sites in North Carolina had opening delays due to issues with their printers. The state is extending voting hours to make up for the time lost. (If you’re having issues with voting machines or polling sites, you should report them to your local board of elections or call 1-866-OUR-VOTE.)

“We’ve seen equipment failures in every election and know that election officials must be prepared to respond when they inevitably occur,” Mark Lindeman, co-director of Verified Voting, an advocacy group for voting technology, said in a statement. “Right now, the key is for election officials to recover from these issues by providing the means for every voter to cast a completed ballot.”

Cybersecurity and Infrastructure Security Agency director Christopher Krebs and acting Homeland Security Secretary Chad Wolf said in a press conference on Tuesday that they had full confidence in the country’s voting infrastructure and no indications that it had been hacked. While security researchers have shown that it’s technically possible to hack voting machines in demonstrations and there have been reports of Boards of Elections being hacked, what hackers can do in a controlled environment does not necessarily translate to real-world elections.

“To my knowledge, there is no verified report of a machine being hacked during an election,” Lindeman told Recode. “Definitely verified reports of machines malfunctioning, scanners being misprogrammed, etc., but nothing tying those to [a] cyberattack.”

On the other hand, voter suppression and intimidation tactics, from parties both foreign and domestic, is very real.

In an ideal world, of course, everything would work perfectly and run smoothly. But we don’t live in that world, and America’s voting infrastructure leaves a lot to be desired and has been underfunded for a long time. Machines have glitches, and human beings make mistakes. We can only hope those problems don’t disenfranchise any voters or affect the results … whenever those come in.

What’s missing from corporate statements on racial injustice? The real cause of racism.