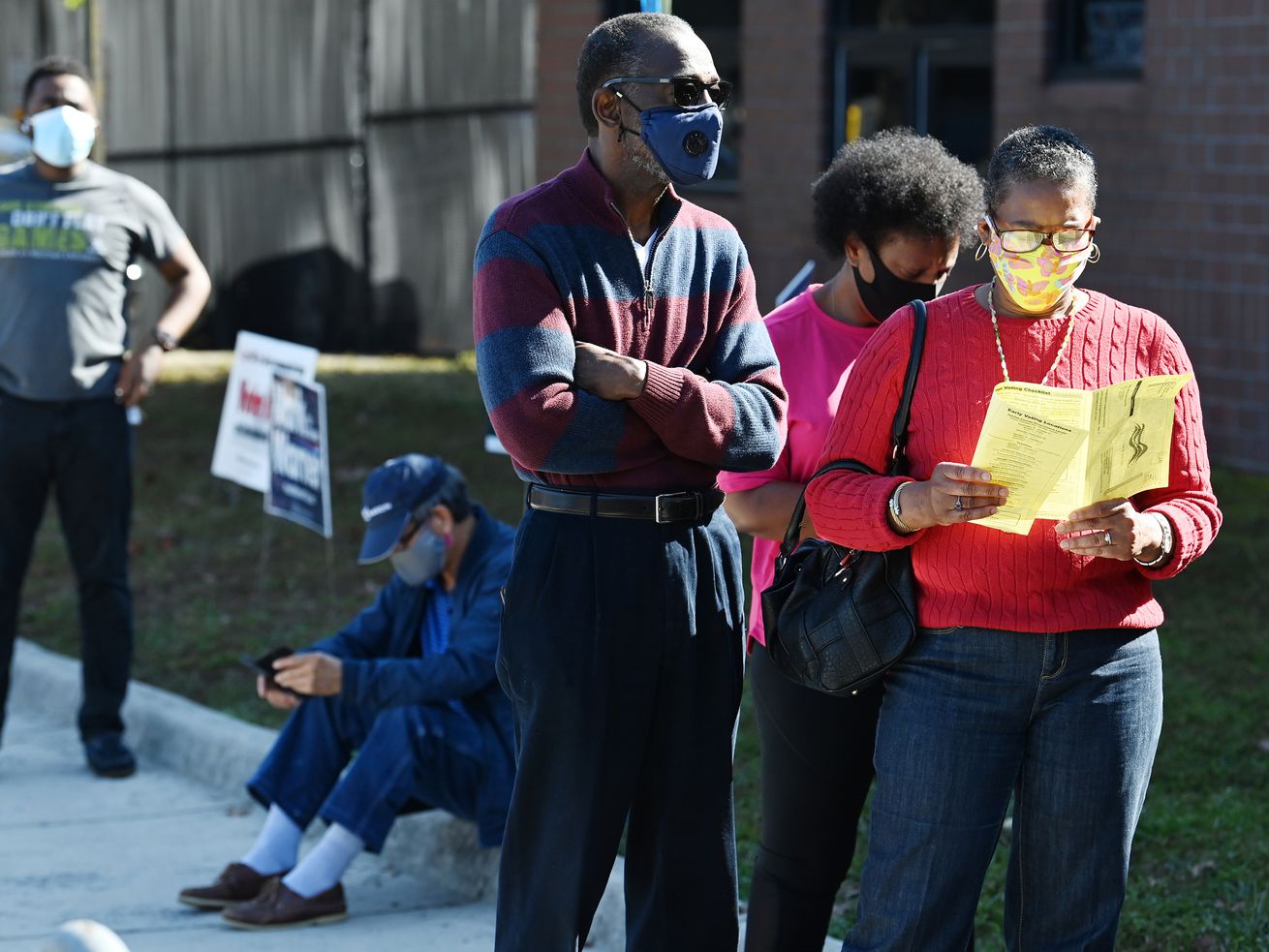 Voters wait in line at the Franconia Governmental Center on October 22 in Alexandria, Virginia. | Matt McClain/Washington Post via Getty Images

The US early voting total in 2020 has already exceeded the number of early votes cast in 2016 — and there are still 11 more days to go until Election Day.

More than 51 million people have voted early, either in person or by mail, as of Friday morning, according to the US Elections Project, which is run by the University of Florida’s Michael McDonald.

That means at least 4 million more people have voted early so far this year, compared to all early voting in 2016. And the early vote totals in Texas (6.4 million votes), North Carolina (2.7 million votes), California (5.8 million votes) already exceed the total number of people who voted for Donald Trump in those same states in 2016. So far in 2020, the country has already cast 37 percent of the total votes counted in the 2016 general election.

The numbers are unprecedented, though maybe not surprising. There has been an expected increase in the number of voters planning to cast their ballots by mail because of the Covid-19 concerns, as well as greater access to both mail and early in-person voting this year.

Still, the numbers are a sign — though an incomplete one — that voter turnout may be on pace to be the highest in a century. McDonald, of the US Elections Project, has previously predicted turnout to be around 65 percent of the voting-eligible population, or about 150 million voters. (Turnout was about 60 percent in 2016, at about 137 million people.) FiveThirtyEight is predicting turnout of about 154 million people, based on polls of voter enthusiasm and other data.

There is a record level of early voting, but also a lot we don’t know

Of the more than 51 million American voters who’ve already cast their ballots, about 35 million returned mail ballots, and about another 15 million have voted in person. These totals are imperfect, as not all states break out the two separately.

In 2016, about 1 in 5 voters cast mail-ballots, but given concerns around the Covid-19 pandemic, that number has been expected to double, especially as many states adjusted vote-by-mail rules this year to make it easier to send in a ballot.

But in the lead-up to the election, President Donald Trump’s false attacks on vote-by-mail helped generate a partisan divide around it, with Democrats being more likely to support it and choose that as a voting option, compared to Republicans.

This is borne out in some of the early voting data available. So far, almost twice as many Democrats have voted early compared to Republicans, based on data from the 19 states that make party registration data available, compiled by the US Elections Project. Where state-level data is available, more than 10 million registered Democrats have returned mail ballots, compared to 4.5 million registered Republicans. But the in-person early vote count currently favors registered Republicans, but by the narrowest of margins — which as of Friday, was less than 15,000 votes in 10 states were that data was available.

Overall, the early vote edge goes to Democrats — though it’s very hard to say what that might mean for the 2020 outcome at this point, as Republicans may be more inclined to wait to vote and to do so in person. Remember, early voting numbers also looked really good for Hillary Clinton in 2016. Party registration is not a totally accurate reflection of how someone votes, anyway, and there’s still a lot more voting to go. Another caveat: These are national numbers, and that includes highly populated states like California, which tend to skew blue.

But these numbers are constantly changing, and, experts caution it’s premature to jump to conclusions about what early vote totals mean for the final 2020 outcome. And when it comes to turnout, one thing experts are watching for is if voting is front-loaded in 2020: Basically, a lot more people may be voting early because of the pandemic, or even just because of high voter enthusiasm, but that could begin to taper off, with turnout on Election Day itself a bit lower than normal.

It may also be the case — as forecasters like Silver are predicting — that high early voter turnout will be mirrored by high turnout on November 3. According to a survey by Democracy Fund, about two-thirds of voters said they planned to vote early or by mail in 2020, which is an increase in the number of people who voted by mail (by about 20 percent) or in-person (also about 20 percent) in 2016.

Even with that jump in early voting, about 34 percent of voters said in that same survey that they still planned to vote in person, on Election Day. So, America, there’s still a long way to go.

No one can find the animal that gave people covid-19

How AI will revolutionize manufacturing