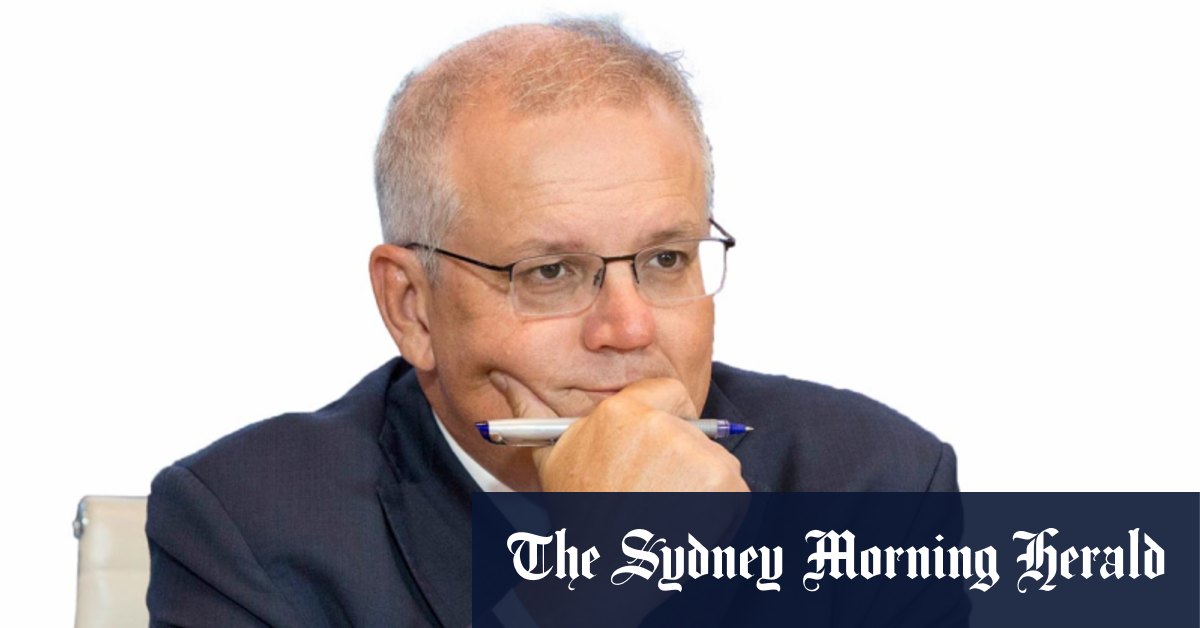 Time to look outside the city for quarantine sites

Why, when states are offering to establish alternative COVID-19 quarantine sites to city hotels, is the Morrison government being so pig-headed by refusing to even acknowledge the soundness of the proposal (“Year’s highest day of overseas cases as officials eye strains”, April 24-25)? Instead, the federal government is advising that defence bases and immigration centres were unsuitable for quarantining returning Australians. What utter tosh when, for example, the Howard Springs facility in the Northern Territory – an old mining camp – has proved a successful model that has avoided any further COVID-19 transmissions and is set up in a way that does separate guests much more than the case of a high-rise hotel. Eric Palm, Gympie (Qld)

Hotel quarantine is not the way to go. Mr Morrison is not interested in opening up regional facilities. That costs money. With increasing COVID-19 in returning travellers, what’s happening in WA is going to keep on happening. Over to you, PM. Where to now? John Kingsmill, Fairlight

With thousands dying every day from COVID-19 and its related impacts, why are we standing by and watching governments such as those in Brazil and India continue to pursue policies and actions that dramatically increase the number of deaths? The implementation of such policies are crimes against humanity. Surely it is time that, like war crimes, the perpetrators were brought to account? Perce Butterworth, Annandale

The whole world is watching and reporting what is happening in India and Brazil, but what are we actually doing to help them? Mokhles Sidden, South Strathfield

OK, politicians and bureaucrats, reality check time. This pandemic is not going away soon, and there are parts of the world where COVID-19 will be virulent for years to come. Accept that, accept airborne transmission of COVID-19, realise there are no quick cheap fixes to get you through the next election, and build Howard Springs-style accommodation near each international airport, with space between the rooms. Yes, it will cost money, but not as much as the rolling lockdowns and ongoing stress. Stop playing political games and do your job. Allan Kreuiter, Roseville

With all the recent cases of COVID-19 transmissions among people staying in adjacent hotel rooms, can the authorities consider spacing these people out by having an empty room between occupants? When we were on restrictions in the outside world, we had to “keep our distance”, surely our hotels can do the same? Mia David, Wollongong

Women going off the Coalition

An important additional consideration to George Megalogenis’ analysis of voting patterns (“Cities may yet have their revenge on PM”, April 24-25) is the female vote, which has been softening for the Coalition for some time. Tame, Higgins and Holgate are formidable adversaries for the divisive Morrison and will only accelerate this trend. In addition in the 2019 election, Morrison was lucky to have Clive Palmer spend many millions on an anti-Labor campaign, and Bob Brown’s
anti-Adani convoy was an important factor in the big swingagainst Labor across Queensland. Tony Simons, Balmain

Scott Morrison didn’t belittle all city dwellers. He only ridiculed inner-city, highly educated, financially well-off progressives who despise conservative values and criticise everything he, Tony Abbott and John Howard have done to contribute to the wonderful country Australia is today. Cities also comprise outer metropolitan areas where people aspire to achieve financial security, home ownership and a better life for their children. They are small business owners, tradespersons and people on lower incomes who work to provide for their families and eventually their retirement. The only people who the Prime Minister upset are the voters who wouldn’t vote for him anyway. Riley Brown, Bondi Beach

The last time I looked, the inner-city electorates of Wentworth, North Sydney and Reid in Sydney, Kooyong and Higgins in Melbourne, and Brisbane itself were all held by the Liberals. So I wonder what those sitting members and their constituents think about Scott Morrison’s mocking and sneering insults directed towards them regarding their views on climate change? Inquiring minds would like to know. Brendan Jones, Annandale

Thank you, Nyadol Nyuon, for your article about the murder of George Floyd (“A verdict brings tears of relief – and a challenge to us all”, April 24-25). You explain perfectly that the retort “all lives matter” is based in the incomprehension of the inequality existing here and now in our own country, made evident by the statistic of 474 Aboriginal deaths in custody since the royal commission. If black lives mattered, we would have a respectful and safe society where all lives did matter. In this day, we do not. Patsy Chingwile, Leichhardt

Anne Summers’ article (“Art of the journey”, April 24-25) about the flowering of Sydney’s culture in the ’70s brought back those heady days. The fabulous Penrith Regional Gallery (1981) exists today because the then premier Neville Wran added a catalyst of a million government dollars to the Lewers’ bequest of art and house. The boy from Balmain had the perspicacity to understand that the thirst for culture didn’t end at Neutral Bay. Jenny Forster, Manly

There is one key thing that will bring live music in Kings Cross back to life (“Cross to rise again as Kings of neon”, April 24-25), and that is public transport after midnight. People need to be able to get home at 3am without waiting an hour and paying $80 for a taxi. So perhaps Minister Stokes can cost running trains late on weekends against the economic and social benefits of a night-time economy for Sydney? Paul Mortimer, Marrickville

Kings Cross needs improvement, not development. It needs an independent re-think, not thought bubbles from the Committee for Sydney. Suggestions that noise complaints from locals are to blame for stifling the area don’t appreciate that residents have a right to live in their chosen environment despite council failing to fix their legitimate noise problems. Andrew Woodhouse, Potts Point

With federal money available for bushfire-related projects, I would like to suggest an idea to the people on the lovely NSW South Coast. Why not pool some of this money and extend the railway line from Bomaderry to Batemans Bay? Not only could it be used for transport and supplies in times of crisis but would create a significant boost to tourism and hospitality – just the ticket for voters in marginal electorates. Trevor Taylor, Port Macquarie

What a great display of togetherness at the Anzac Day march today, the courageous veterans (as usual, well turned out) and all the other marchers, the enthusiastic crowd of families and supporters and so many children on a beautiful, sunny autumn day in Sydney. A special thanks to all the bands, the SES, the police and marshals. Great things happen when we all come together. Well done, Sydney. Kath Maher, Lidcombe

Just after 6am on Sunday, I walked to the end of my driveway and lit a candle. I was alone in quiet contemplation until 6.15am, when I was joined by about 25 sulphur-crested cockatoos. They settled on the telephone lines above, looking down on me and stayed, mostly silently, until I blew out the candle and walked back in. The cockatoos slowly and quietly drifted away. Gotta love this country.
Larry Dwyer, Beacon Hill

Sunny day, clapping crowd, drums maintaining the beat, the haunting sound of the pipes. Old men defying their years, determined to walk the distance, others being wheeled. Leaving his wheelchair to walk for a bit, Bert Collins, who has just turned 104, grins and waves as he shows the same defiance that kept him alive in the war. Photographers dart everywhere, getting that special shot. Anzac Day 2021. Joan Brown, Orange

I agree with your correspondent (Letters, April 24-25) about boxing and concussion. I have written similar letters and approached politicians and sporting ministers and others. The main aim of boxing is to cause concussion by blows to the head. No one has given me a straight answer; mostly I have been ignored, except for one sporting personality who said “boxing is barbaric and should not be promoted”. What goes on and why all the secrecy? Brian Barry, Port Macquarie

Richard Glover captures many memories of the pre-digital age (“Gather round young folk for tales from the past”, April 24-25). The accompanying photo reveals even more, with not a female in sight, and all the men wearing ties, while their coats are dutifully hung on the wall. There is even an editor smoking a pipe! While much has changed, the value of a good sub-editor remains. It’s a role spellcheckers have never quite managed to emulate. Philip Cooney, Wentworth Falls

The digital view
Online comment from the story that attracted the most reader feedback yesterday on smh.com.au

Aussies use Kiwi bubble as back door to escape travel ban
From Donpolski: It’s unbelievable we’re not allowed to leave? I thought it was just coming back that was the difficult thing.

To submit a letter to The Sun-Herald, email letters@smh.com.au. Click here for tips on how to submit letters.

This US company sold iPhone hacking tools to UAE spies

How States Can Join Forces to Expand Covid Testing