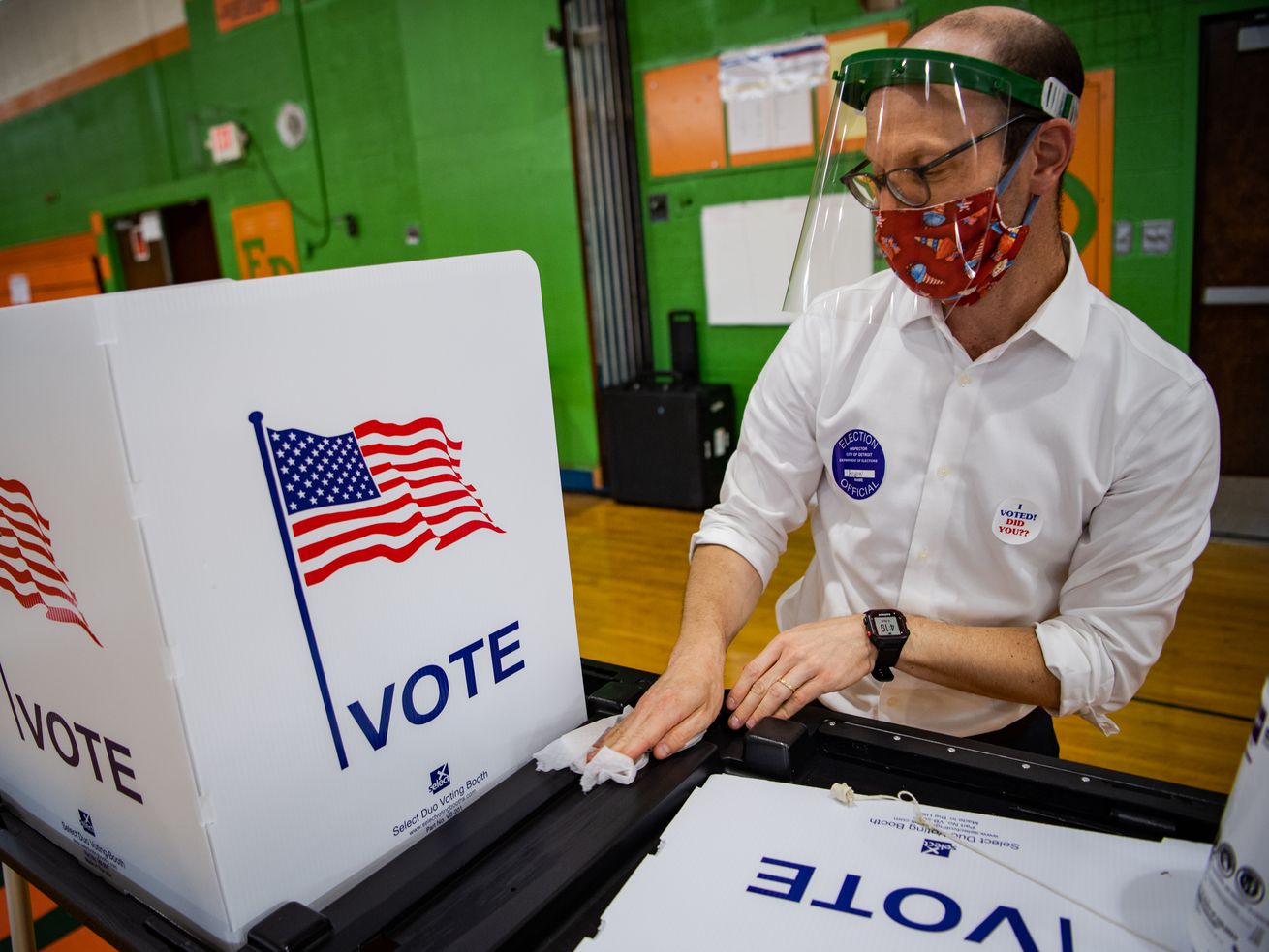 Facebook is rolling out a voting information hub to try to register 4 million Americans to vote. | Salwan Georges/The Washington Post via Getty Images

Facebook is launching a tool on Thursday to help register at least 4 million Americans to vote ahead of the 2020 election.

The company’s new Voter Information Center is a hub on both Facebook and Instagram that will give you an easy way to check if you’re registered to vote. If you’re not, Facebook will prompt you to click a link where you can register in your state.

The Voter Information Center will include information about how to vote — including how to vote by mail, if it’s an option where you live. Facebook is also using the initiative to ask users to sign up as poll workers, who are in short supply due to Covid-19. Facebook’s efforts are in part a response to the pandemic, during which more people than ever are expected to vote using mail-in ballots, rather than voting in person. Lately, there’s been a lot of confusion and anxiety about that process, perpetuated in part by President Trump and other politicians making false statements about the accuracy of mail-in voting on Facebook and other social media platforms.

Facebook’s new voting center is an attempt to set the facts straight about voting, and the company said that it’s using politically neutral sources like the Bipartisan Policy Center to do so. But Facebook has stopped short of actually fact-checking or removing the misleading information that President Trump has shared on its platform about mail-in voting, something it has been sharply criticized for. Last month, Facebook started adding links to voter information underneath politicians’ posts about voting and says it will apply that label to all users’ posts about voting going forward. But these links don’t correct misinformation when politicians post it.

Here’s what the new Voting Information Center will look like:

In addition to the voting information hub, the company says it’s releasing a “Voting Alerts” feature to let state and local election authorities send notifications to users in their jurisdiction about voting updates, including “potential late-breaking changes” to the voting process.

For months, Democratic politicians, civil rights advocates, and some of Facebook’s own employees have been criticizing Facebook CEO Mark Zuckerberg for not taking action on Trump’s misleading posts about voting-by-mail. Trump has falsely asserted on the platform that the state of California will send mail-in ballots to “anyone living in the state, no matter who they are or how they got there” (in fact, California only sends ballots to registered voters) and that this would lead to “a Rigged Election.” While Facebook left Trump’s post up as-is, Facebook’s competitor Twitter labeled an identical post on its platform as containing “potentially misleading information.”

In a previous announcement in June about the Voter Information Center, Zuckerberg framed the company’s efforts as a better way of ensuring a healthy election than policing politicians’ speech.

Zuckerberg wrote at the time, “Ultimately, I believe the best way to hold politicians accountable is through voting, and I believe we should trust voters to make judgments for themselves.”

Today’s launch of the Voter Information Center is Zuckerberg showing he’s serious about his commitment to encourage people to vote, but it remains unclear if that will be enough to counterbalance the politicians who use the platform to spread messages that encourage the very opposite to the 190 million Facebook users in the US.

The Facebook whistleblower says its algorithms are dangerous. Here’s why.