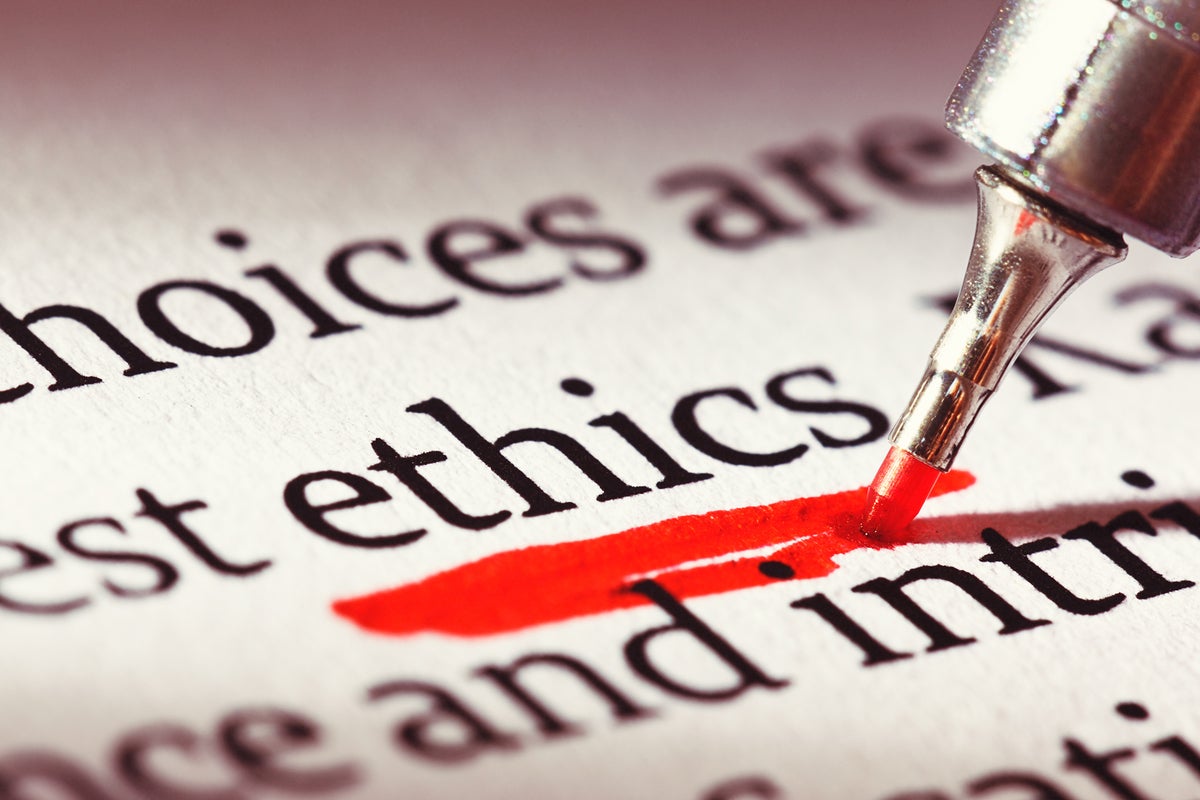 Thanks to repeated scandals, the EU’s General Data Protection Regulation, and Netflix’s documentary “The Social Dilemma,” the public has become more aware of some of the ethical issues around AI, technology, and the use of data. There is a growing movement of developers, designers, and technologists who have become socially active and now encourage companies to rethink their business practices. In short, these people want companies to be more ethical.

I recently had the pleasure of speaking with Jonas Downey, a designer at Basecamp and co-creator of HelloWeather. Basecamp has a new email service called “Hey.” Unlike services such as Google’s Gmail, it focuses on privacy and includes ethical design concepts.

[ Also on InfoWorld: Should open source be eithical? ]

According to Downey, “At a high-level tech companies have a fundamentally unethical business model that motivates them to do harmful things in order to be profitable.” For example, Facebook makes money from advertising and is motivated to keep your eyeballs on the screen as long and often as possible to generate ad views. Such a business model may fail to motivate a company to stop viral misinformation or hate speech if it is “engaging.”

On the other hand, the effect can be somewhat unintentional. Downey notes that Twitter was not envisioned to be the influential tool that it is. As a result, it has become a tool of misinformation and sometimes outright hatred.

At its core, the tech industry grew rapidly, and there was never any unified theory of what ethics should govern what is okay and not okay. Companies and developers made many decisions on the margin that added up to some shady but now standard practices.

“There is no Hippocratic Oath for being a social media company,” notes Downey. When a doctor does harmful things to patients in violation of medical ethics, the doctor can be fined or even lose their license. When a product designer creates a product that topples a government in another country based on misinformation, the designer has no consequences.

The cost/benefit of ethical design

“When you compete against someone who’s willing to use exploitive tactics to grow their business, you’re at a disadvantage from the outset,” Downey says. While Gmail has 1.8 billion users, 100,000 would be a fantastic success for Basecamp (and at $99 per year or $12 per user per month, it would be a decent profit). Or as Downey puts it, “We think you have to reframe what success means. Growth at all costs, the stock market unicorn mindset, is not the right path. There is another path that is obviously more modest but more respectful and ethical.”

The ethical focus or people-first approach has benefits. It allows Basecamp to develop features that they would not otherwise create. For Hey, this includes an “opt-in” system to receiving email. Downey does not think Gmail would offer a similar feature because it reduces your time managing email and would cost Google ad revenue. He also described a Twitter-like feature where you can view all of your subscriptions as more of a feed rather than individual messages, clearing your inbox for what it was intended.

This ethical focus seems to be a very deliberate plan of Basecamp and its founder Jason Fried and is probably not possible for most venture-funded startups. Basecamp has forgone large rounds of funding to maintain control of the company. However, Basecamp does have investors. Some guy named Jeff gave them a few million, but the company is not shooting for that billion-dollar valuation.

That freedom of tighter control by the founders may also mean a lower risk profile. Remember, VCs push a company to take a moon-shot when orbit might be safely profitable. Basecamp has been around for a while and has remained both small and profitable. Are they leaving money on the table? Maybe, but for each shining success, many failed investor-backed companies might have been successful at a more manageable size. What the hell was Quibi?

How can developers and designers affect ethics?

In Downey’s view, the idea that the executives and strategists tell the developers and designers what to do while the developers just implement that vision is a “cop-out.” To his point, there have been many recent protests and even actions taken against companies by their technical employees. Seth Vargo famously ripped out a library, ultimately causing Chef to reevaluate its position on a contract with ICE. Vargo now works for Google, which also was famously pressured by its employees to drop its ICE contract.

Downey thinks that if employees just refuse to implement unethical products or features and companies get a reputation for poor practices, it will be hard for them to hire talent and affect customer reputation and the bottom line. Meanwhile, it is not enough to hold designers accountable. Executives and companies should be responsible, and that may require regulation.

Meanwhile, a sort of plutocratic reactionary counter-movement under the guise of “mission-focused companies” has been started by Coinbase founder Brian Armstrong, which not shockingly excited venture capitalist Paul Graham of Y Combinator fame. Armstrong is even attempting to promulgate his ideas to other companies.

One can get the gist of Armstrong’s ideas in two bullet points of his manifesto:

In short, Coinbase may lobby or get involved if crypto regulations come up, but if a police officer chokes out one of their employees of color on their front doorstep, well, that’s “too political.”

Supposedly, Armstong’s reaction was a bit of a temper-tantrum in response to his employees wanting him to post that black lives matter (BTW, they do). It remains to be seen whether Armstrong runs afoul of the National Labor Relations Act, which protects you and your fellow employees’ rights to complain about your work environment without fear of reprisal.

Coinbase landed its Series E round of funding in 2018 and might be Basecamp’s antithesis with a total investment of $547 million and a valuation of over $8 billion.

The bottom line is that developers and designers do have a lot of power. It is not limitless, of course, and investors and executives are not at their mercy, but there are advantages to putting people first and thinking about ethics. The advantage might be a superior product. It might be a profitable company that, while smaller, has tighter control over its destiny and has a founder that sleeps better at night. It might be happier employees and devoted customers.