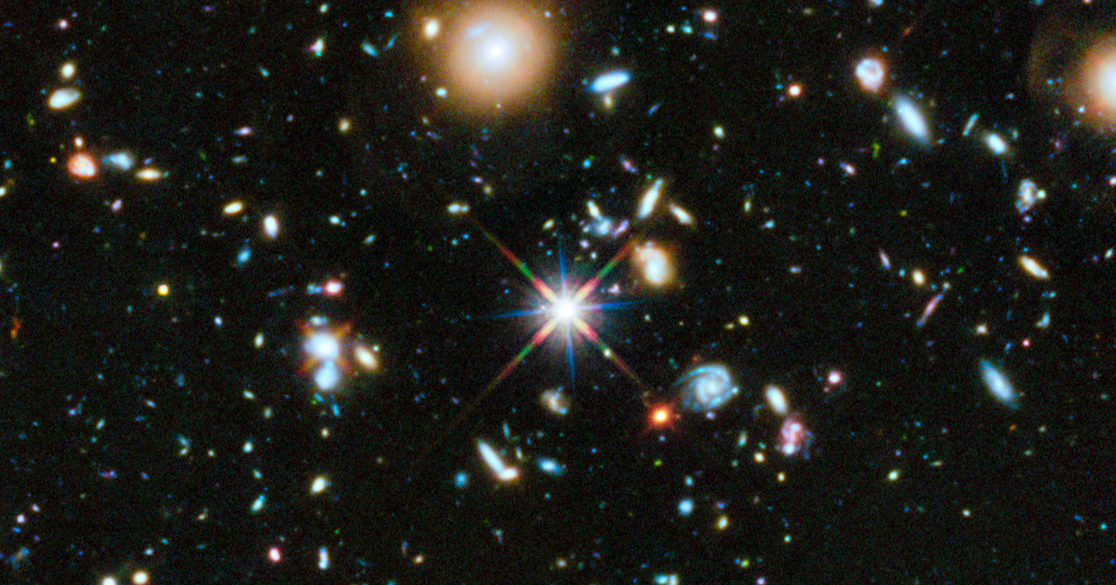 Melinda Snodgrass got the idea for her science fiction novel The High Ground when she started thinking about how awful human beings can be.

“I had a sudden vision of this nine-foot-tall alien ant-like creature with mandibles and claws—just a hideous, horrifying creature,” Snodgrass says in Episode 370 of the Geek’s Guide to the Galaxy podcast. “And it was cowering in absolute terror from a small human holding a machine gun. And I got to thinking about humanity and our tendency to be really mean, mean monsters.”

The novel takes place in a universe in which a human empire called the Solar League has subjugated five alien species, who now live as servants and second-class citizens. Snodgrass thinks this is a pretty plausible first contact scenario.

“If we do invent a faster-than-light drive, and go out into the universe, and meet other aliens, I am convinced that the first thing we will do is kick the holy crap out of them,” she says. “So instead of us always fighting off the invading aliens, we are the invading aliens.”

She also believes that any moral progress humans have made is much more tenuous than people realize, and that women’s rights could quickly vanish if childbearing became a priority, as is the case in the Solar League. “When you’re going out into space and colonizing planets, if you happen to end up on a planet that isn’t a goldilocks planet—a very Earth-like world—where there’s a harsh environment, the thing that becomes a precious commodity is your ability to sustain the population,” she says. “So over the ensuing years, women fall back into a much more traditional role.”

All of that creates a lot of conflict for her character Mercedes de Arango, one of the first women to attend the Solar League’s elite military academy. It’s a predicament Snodgrass can relate to, having once been the only female lawyer at her law firm.

“I literally had a bunch of male lawyers from this big office building run downstairs, and I heard them calling, ‘We hear Charlie’s hired himself a girl. Where’s the girl?’” Snodgrass says. “And they all came and looked at me in my office like I was a creature in a zoo. It was very bizarre.”

Listen to the complete interview with Melinda Snodgrass in Episode 370 of Geek’s Guide to the Galaxy (above). And check out some highlights from the discussion below.

Melinda Snodgrass on her father:

“My dad was just fantastic, he was the center of my life. I loved him so much, and he gave me every opportunity—to study opera in Europe, to ride horses, when I was 16 he sat me down and said, ‘We’re opening a checking account and you have to manage it,’ and on and on. At the time of his death he was managing a small natural gas and oil company, and now I actually manage the company. I took it over in 2002, and I’ve been running it ever since. So I have this sense of history with being the heir apparent—or the heiress apparent—to a business. … It is weird though, because at times my dad would slip. I had a half-brother, who was a great deal older than I was, and dad would sometimes say, ‘My other son, John.’ And then people like Senator Montoya, who was having lunch with us that day, was laughing and saying, ‘Wait a minute, what’s she?’”

“Roger and I became very close in the final two years of his life. He joined our gaming group, he would come and have dinner at our house many, many evenings. He was just the most charming, kind person I’ve ever known. … When I had just started writing, this literary agent that I had—who was also Victor Milan‘s and Bob Vardeman‘s agent—we were all at this dinner, at the local science fiction convention, and she said, ‘You have to change your name.’ And Roger immediately said, ‘No. No she doesn’t.’ He said, ‘Look at my name. Even though I’m on the bottom shelf in every bookstore, nobody forgets my name.’ And he turned to me and he said, ‘Don’t you change your name, because nobody will ever forget that name.’ And I kept it.”

“[George R.R. Martin] has turned it into probably the best science fiction independent bookstore in the Southwest. Because in addition to the little movie theater, there’s a bar—they have a liquor license—and then there’s concessions, and he has artists come in and hang their art for a few weeks, so you get to see various Santa Fe artists, and he has all of our books. And when they’re not doing movies, he’ll have events. Connie Willis will come down, and I’ll interview her, and then she’ll do a signing afterward. … So you can go in and buy some books, and have a White Walker Cocktail while you’re there, watch an independent movie, and when George is in town you’ll often find him there, ensconced in his armchair by the fireplace, in the evenings, to visit with people.”

“I was in this law office, and I hated it. I would get into work in the morning, close my door, cry for about 15 minutes, and then get control of myself and get on with work. … [Victor Milan and I] went to see The Empire Strikes Back, and we got to the scene with Yoda and Luke, and Luke says, ‘I’ll try,’ and Yoda says, ‘Do or do not. There is no try.’ And for some reason it was like a thunderbolt for me, and I was like, ‘I can spend the rest of my life in this law firm, and in a few years maybe I’ll have the big office and I’ll be terrorizing some young associate the way I’m being terrorized, or I can try to chart my own life. ‘Do or do not, there is no try.’ So I walked into the office the next morning, I typed off a letter of resignation, I packed up my plants and my diplomas, I laid it on my boss’s desk, and I walked out.”

Go Back to Top. Skip To: Start of Article. Source

GPT-3, Bloviator: OpenAI’s language generator has no idea what it’s talking about